Welcome to Our Investor Relations Site 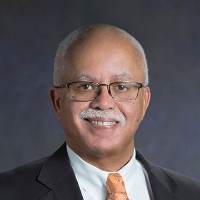 On behalf of Wayne County, Michigan I would like to welcome you to our new investor relations website. We appreciate your interest and investment in bonds issued by the County, as it allows us to make critical investments in public infrastructure throughout Wayne County. We are committed to maintaining our strong bond ratings, and we are also committed to being as transparent as possible with the investor community and public at large.

I hope you find this website useful as you seek to better understand the credit fundamentals of Wayne County, MI. Please do not hesitate to contact our office with suggestions for how we can be doing better. Thanks again for your interest in our bond program.

DETROIT- After completing detailed inspections, the weight restrictions for Seven Mile Rd. Bridge over Upper Rouge River have been updated and will now be posted at 42/63/69 tons.

Informational signs have been posted to alert motorists. Inspections of the bridge will be conducted routinely. Motorists are cautioned to reduce speed when entering and exiting the bridge.

For vehicles over the posted weights, the following detours are enforced:

Wayne County is committed to the safety of its roads and bridges.  The County has 231 bridges within its 43 communities. For updates and questions, the public can contact the Wayne County Roads Division at 888.ROAD.CREW.

“Given the proximity to the airport and the expected growth of the logistics industry, we think potential tenants will be as interested and excited about this project as we are,” said Wayne County Executive Warren C. Evans. “We are continuing to leverage assets like Detroit Metro Airport to attract investment, create jobs and expand the tax base.”

Under the sale terms approved by the County Commission on October 3, the purchasers agree to invest $40 million into the property within five years.

The property in Huron Township was rezoned in August by Huron Township from a Special Purpose District to the Pinnacle Development Area District, clearing the way for the project. The site, which is bordered by Pennsylvania, Wayne, Sibley and Vining roads, includes 350 acres of County-owned land and the 300-acre Pinnacle Race Course site, which was acquired after foreclosure in 2019 via the right of refusal process.

“This property is perfectly situated for mixed use industrial development to drive commercial investment. The fact that Hillwood was willing to move forward with these buildings before securing tenants tells us they expect the property to be in demand and that’s a great sign,” said Assistant Wayne County Executive Khalil Rahal. “We want to thank the local officials in Huron Township for partnering to bring this project to fruition.”

In 2016, structures and debris on the race course parcel were removed following an agreement between the County and the property’s then-owner to clear the site.

Get the latest updates

Get an overview of our bonds and ratings